If you didn’t already know…

#1 Evidence Under Strategy (Is Hard)

A coin can easily appear valueable, even if it is valueless. Both “worthless” and “worthwhile” coin-projects will have market caps, developers, and supporters/users.

Talk is Cheap (and Confusing) 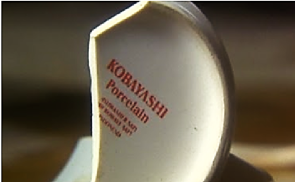 Now, after Bitcoin’s success, this “Let’s all give it a try!” attitude (Ie: try it if other people are interested) would appear to be especially reasonable. After all: “It just worked, just now!”.

What is my point?

All cryptocoin projects (Litecoin, NXT, Ethereum, BtsX, XCP, …) might easily look good (appear to have innovators/users/developers/investors) without actually being good. It is directly in the interest of the relevant group(s) for things to look this way, not only to outsiders (“let’s convince them”) but also to insiders (“we’re all in this together”).

This is especially true given what is scientifically known about humans in teams: that we enjoy being in a team, are eager to prove our loyalty to our team (especially in a cheap way, like talking/praising), that teams which suffer-together stay-together (Valley Forge / hazing <=> price volatility), and that teams which are competing with other teams will severely (and unconsciously) self-censor criticism-of-the-team (think /r/bitcoin).

To tell the “actually good” from the merely “looking good”, we will need to cast aside appearances and (gasp) do our own thinking.

For example, I like to compare each cryptocoin’s market cap to that of Dogecoin (a coin which explicitly has only “join-a-team”-value). By this metric most coins has actually taken their JATV and destroyed it. Even with their own messiah (what a team to join), the Ethereum team only exceeded the free JATV by 2 million or so.

#2 Digital Money IS A Network Effect

People who say that AltChainX / AltSystemX “compliments” Bitcoin, or “doesn’t compete” with Bitcoin, do not understand what money is or the problem which it solves.

What IS Bitcoin, Anyway?

Money doesn’t just have a network effect, it represents the value network itself!

When in Europe, you need Euros. When in the United States, you need USD, when in Japan you need Yen. Cell phones cannot (and should not) call fax machines, after all. Money is earned/saved specifically to trade to others, solving the so-called “coincidence of wants” problem. What you are trying to store is value, so you are really hoping that what-you-store is “value”able to your future trading partner!

Let’s contrast network-value with so-called “intrinsic value”. Microsoft Office might have a network effect, but at least you can use it for word processing. Gold-the-commodity was in a similar situation, having non-exchange value (industrial and cosmetic uses) before it had network-value (as gold-the-money).

Bitcoin pushes the extremes of this “network-value/non-exchange-value ratio” to levels never before seen. Bitcoin’s value as a payment network definitely exists, but this value was itself directly a value of the underlying Bitcoin asset itself! Bitcoin’s value as a payment network increases as the market cap increases (the market cap is a function of itself)!

( This is likely why everyone rejects Bitcoin upon first hearing about it…easy to understand the value-amplifier (payment system), yet difficult to ‘grok’ the current market capitalization as permanent [instead, beginners think the ‘true market cap’ is zero]. It is only upon taking the second look, at Bitcoin’s speed/cost/unfreeze-ability/privacy/extens-ability that individuals understand the tiny-but-nonzero value which is there to be amplified. )

“But we can build a better…”

First, payment processors like BitPay and Coinbase require large/liquid markets in order to service their customers and stay in business. If a payment processor could, for example, “easily accept any cryptocoin”, this would increase the relevance of a coin’s market cap…by evening the playing field on non-market-cap issues (Here, Stan Larimer ignores the question: “What effect would point #4 have on a ‘BitsharesPay’ which did not currently process Bitcoin?”). Second, claims that “Bitcoin” is somehow separable from “blockchain” are similarly incorrect. Blockchain-tech provides one thing: digital scarcity (only useful for necessarily-scare things such as money, identities, status/influence/expertise, [in my opinion, each of those are just different dimensions of a single ‘reputation’ concept] ).

Clearly, Bitcoin’s market-cap / network-effect dominates. Also-obvious: there is absolutely no reason to switch from Bitcoin to any other ‘money-only’ system (Litecoin, Dogecoin, Feathercoin). Only slightly-less-obvious: there is no reason to switch to any ‘new-features’ system, either! Thanks to the permissionless nature of software development, new features which are good enough will eventually be incorporated into the biggest-network (Bitcoin). By “good enough” I mean “worth doing”, I measure “worth doing” by the response of the community…this logic is so perfectly true, it approaches tautology! (Only in cases which improvements dramatically harm the interests of miners [a disproportionally influential group at present] is this false, but such a miner-harming-improvement is itself a little implausible, as miners are paid in the cryptocoin).

Therefore, all coin projects compete with each other, and the one with the highest market capitalization will always win the competition. Blockchain projects which are non-Bitcoin are a waste of time. They exist because, like the common cold, they can; they are the virulent 419 scams of this particular internet-demographic (just look at their wealth distributions).

#3 No One Aims for Your Shield

Although designers imagine “best case scenarios”, over time the weakest part of the protocol will come to command 100% of the attention of attackers.

Every Chain Has A Weakest Link (By Definition)

It would be pretty unlikely that, by chance, a random projectile would ever make it down this narrow trench at all, let alone hit a tiny little thermal-exhaust-vent target, let alone be the right type of projectile (proton torpedo).

I use the word random to highlight the importance of strategic reaction to information. The Rebels learn about this weakness, and rearrange their entire plan based completely on this one objective. Nothing about it is random at all.

So it is with Frodo vs The One Ring, Ender vs the Formic Planet, Odysseus vs the Gates of Troy (/Cyclops/Sirens/etc.), Jack Sparrow vs his undead crew, Voldemort vs the Sacrificial Protection (/Twin-Cores), Agent Smith recognizing the Heart O’ the City Hotel, Lex Luthor shopping for Kryptonite.

Certain people were extraordinarily well-protected…at first. Then their enemies turned on their brains.

The Shield Only Faces One Direction

What do these are fictional stories have to do with cryptocoins? I look forward to breaking down the wishful thinking of various 2.0 projects on a case by case basis (see below) as I add to this blog.

However, to give a technical (not econ) example from “Bitcoin 1.0 land”, I can refer you to this difficulty manipulating attack on terracoin, which I discovered from A Treatise on Altcoins, by Andrew Poelstra.

Another example would be the complete futility of relying on ‘randomness’, which is directly exploitable via computing power.

With those basics out of the way, I look forward to explaining the following points in much greater detail.

Which project should I review first?

Hi everyone. My name is Paul Sztorc.

An active campaign to punish and/or destroy miners would actually increase mining centralization.